****ORIGINALLY FEATURED IN THE UPCOMING****

In the cavernous hall of the Kentish Town Forum, a huge, eclectic crowd, anticipated the DMA’s with a palpable hype. But this electric atmosphere was belied by a modest stage set-up. There was no jungle of instruments and assorted gear, just the usual suspects. The band’s entry was similarly subdued, and its six members filtered nonchalantly onstage. Their reception was nonetheless explosive, and they definitely looked happy to be there.

From the off it was an all-guns-blazing assault. The DMA’s immediately warmed up, and the audience participated just as energetically. Pints flew, lyrics were chanted and the crowd surged. Whilst the sound was occasionally unbalanced, the resultant wall of sound was well-received, and was possibly deliberate, as other numbers (such as Break Me) sounded a lot more differentiated. However, there was the odd moment where the balance was handled badly, and in Do I Need You Now? it was difficult even to make the vocals out.

These weaknesses were only momentary, and in Time And Money, Thomas O’Dell’s lyrics came through with clarity. This song as a whole stood out, and the more subdued, stripped back instrumentation created a good contrast. The keyboard finally got some attention here, and atmospheric pedal chords created a rushy, vibrating aura. Otherwise, the somewhat samey feel of the tunes was in no way a negative, and the anthemic, inclusive approach (most prevalent in In The Air) brought everyone together: band and crowd alike. 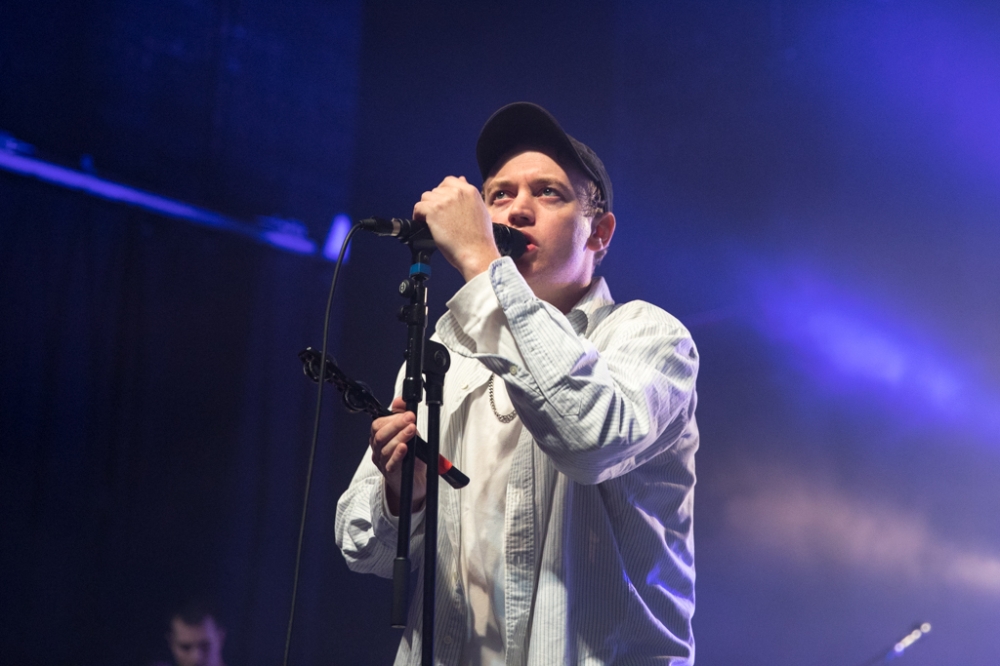 Putting a finger on what makes the DMA’s special is actually quite hard. There seem to be a lot of different elements that on their own are interesting, but don’t explain it. In For Now, jaunty drum fills and breaks add some spice, and again in Break Me, there are the self-indulgent guitar licks reminiscent of Morgan Delt or Wooden Shjips. The tangible influence of Oasis on the DMA’s is another thing, as they have definitely made it their own, and play with more love for the music, more modesty than the Gallagher’s ever could. A good example is Delete, which had some lovely vocal harmonies between O’Dell and Matthew Mason. Perhaps it is the combination of these separate elements (like the unassuming, but confident and even professional stage presence of O’Dell and co.) that combine to create the DMA’s charm. This was most prevalent in Timeless, where the heart-warming, almost feel-good style came across not as shallow, but as something substantial.

Watch the music video for In The Air here:

All photo credits to Filippo L’Astorina